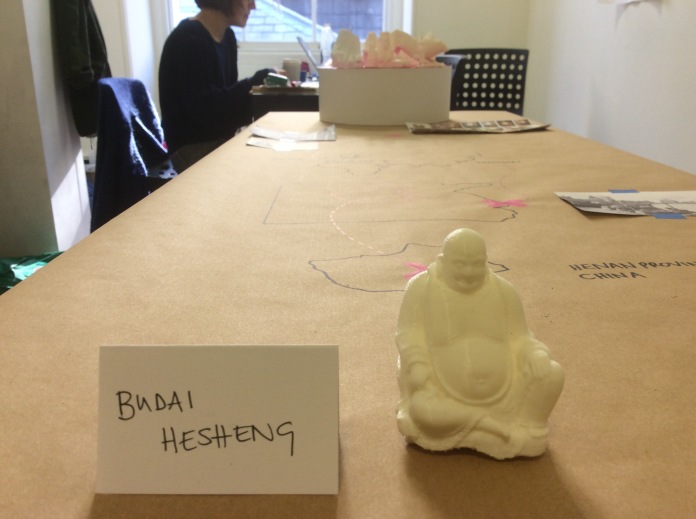 One of yesterday’s visitors, Mac, said a nice thing on Twitter, “today’s object of focus” about our piece with Hoa Hakananai’a, so we’re appropriating it. Thanks, Mac 🙂

Day three’s object of focus is the Budai Hesheng. We’re working on a continuation of yesterday’s theme of object location, both where it was made, and where it ended up. He started his life in the Henan Province in China, made in 1486. Fast forward to the 20th Century, and a chap called T. T. Woo sells him to Peter Sparks, from John Sparks Ltd. which has an office in Shanghai. The piece eventually ends up in London, possibly in the John Sparks showroom at 128 Mount Street in Mayfair, before it’s donated to the British Museum in 1937, perhaps due to the plinth being slightly damaged.

A theme of provenance is emerging for us. We found the dealer who donated Budai Hesheng to the British Museum. pic.twitter.com/VdfsDkIblp