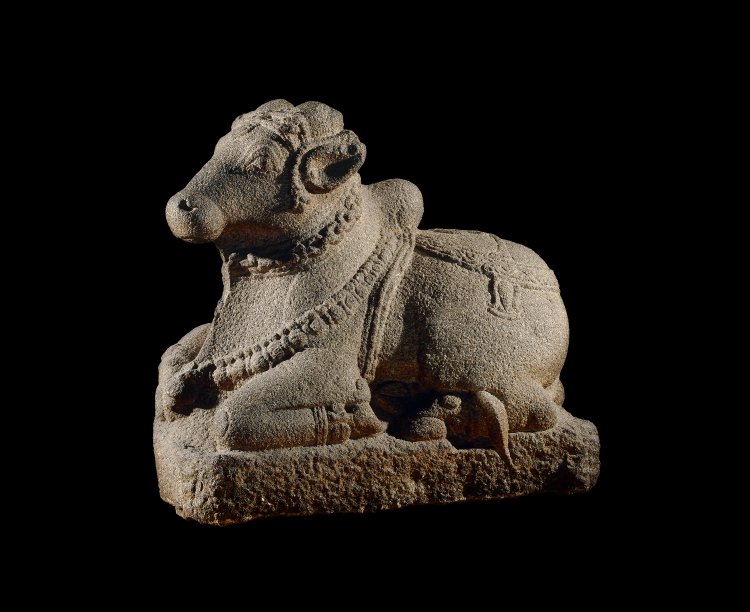 On day 4 we focused our attention on the Figure of Nandi. Like most of the other objects in our collection we were struck by the cognitive dissonance that occurs when you compare the presentation of an object in a museum and an object in it’s original surroundings. 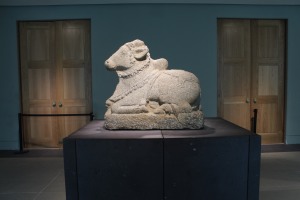 Figure of Nandi as presented at the British Museum.

Often it’s hard to imagine or visualise how humans related to or used an object from an ancient and long gone civilisation, so they almost exist solely as objects in a museum collection – as relics or remnants with no current use outside of academia and historic studies. Not so, as we discovered, with the Figure of Nandi.

A simple bit of research informed us that a figure of Nandi stands before the entrance to every temple to Shiva, a god in the Hindu religion and is part of vibrant celebrations that are performed around the world to this day.

Our tabletop exhibition sought to reveal the truth about this object and compare it with the the rather austere presentation this living object is subject to at the British Museum. 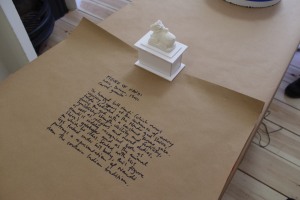 Our set up was simple – our 3D print sat on the table, cunningly placed to hold down a section of plain brown paper, taped at one end and primed to roll up as soon as the figure was removed. As we invited people to take up the 3D print, the paper would curl up (as paper does), thus revealing a colourful collage of paper flowers and photo print outs of other Nandi bull’s enjoying life as they were intended to. At the same time we would un-mute a video we had found of a celebration involving Nandi to complete the multi-sense display:

It was all very lo-fi but members of the public seems to enjoy the fun of it and were sympathetic to the effect we were trying to achieve. 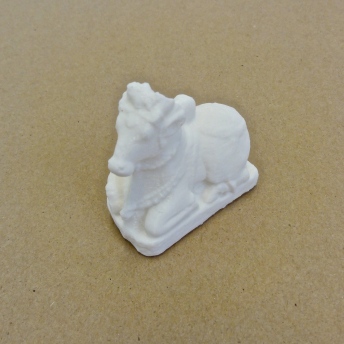 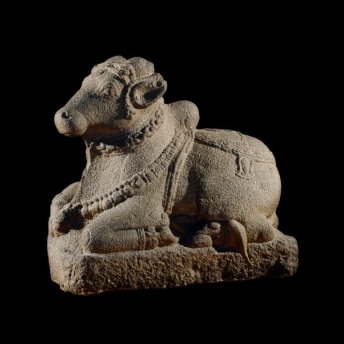 Nandi symbolises strength, virility and fertility as well as religious and moral duties.

His crouching image is at the entrance of every Shiva temple.

Nandi Bull in other languages

It was made somewhere in the Deccan Plateau, India

Google maps have given a really specific spot, but Wikipedia record for Deccan Plateau says it covers parts of central and southern India. In fact Deccan is an anglicised form of the Bengali word dakkhin, derived from the Sanskrit dákṣiṇa, meaning “south”. So basically somewhere in Southern India.

Currently displayed in the British Museum – record says Room 29 but that doesn’t exist…will have to ask Tom where he found it. 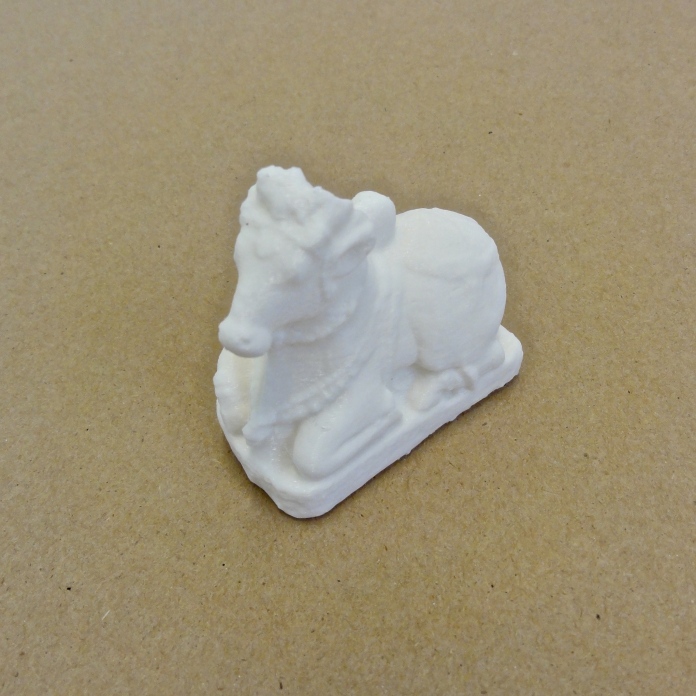 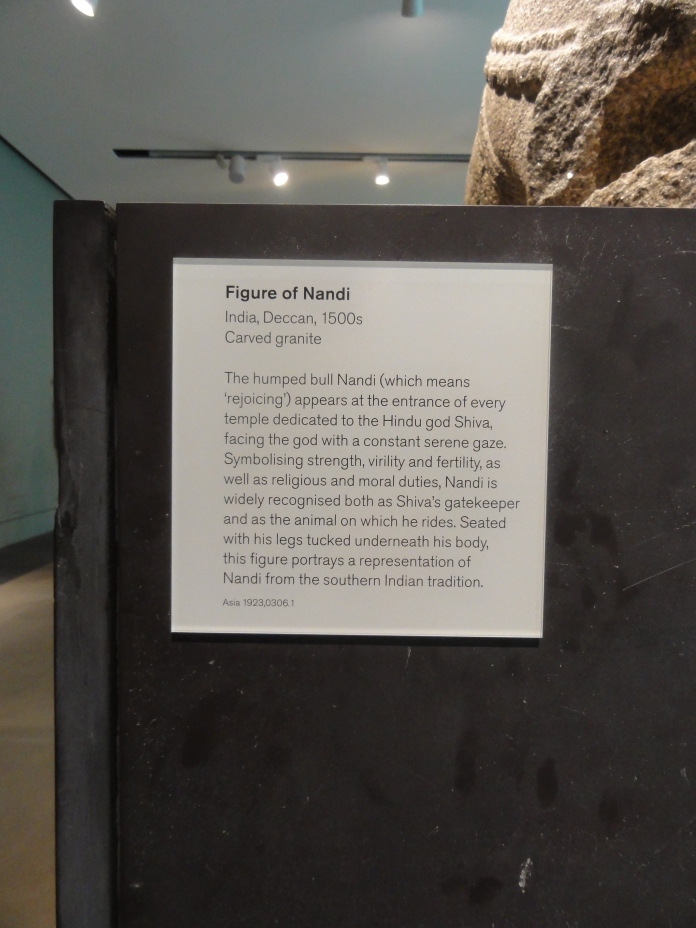 Materials for the Display

Let us know if you spot any clangers.