Exciting news! Thanks to Cassie Robinson, The Small Museum is about to get its very first public airing as an idea. We’re going to be doing a two-week residency at Somerset House, just next door to Cassie’s Civic Shop in The New Wing. (There was a project called the Civic Bureau in that space, but that project has now ended, so we’re going to pop in for the end bit. Great that the space won’t go to waste!) 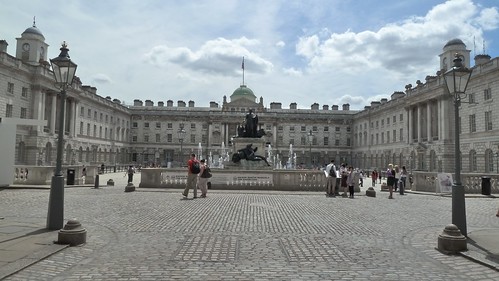 
I’ll be joined by Harriet Maxwell and Tom Flynn for most of our two weeks, and hopefully you. Our simple plan is to take a different tack each day. We’ll have a handy device with us, a new R&D project out of Good, Form & Spectacle called Museum in a Box. It’s a 3D-printed set of 10 objects from The British Museum. We’ll use this box and its contents in the space to explore ideas around content, representation, interaction and visitor participation.

We’re jumping in the deep end. Luckily it’s quite a small room.